TWO GAMES AGAINST THE BELLEVILLE SENATORS WILL BE POSTPONED

LAVAL (January 18, 2022) – The American Hockey League announced today that this week’s two games between the Belleville Senators and the Laval Rocket will be postponed.

The game scheduled on Wednesday, January 19 at 7:30 p.m., against the Utica Comets will take place at Place Bell behind closed doors. We invite you to watch the game on RDS, 91.9 sports, TSN690 or AHLTV. Our team continues to protect itself by respecting the rules in force put in place by the AHL and the government. 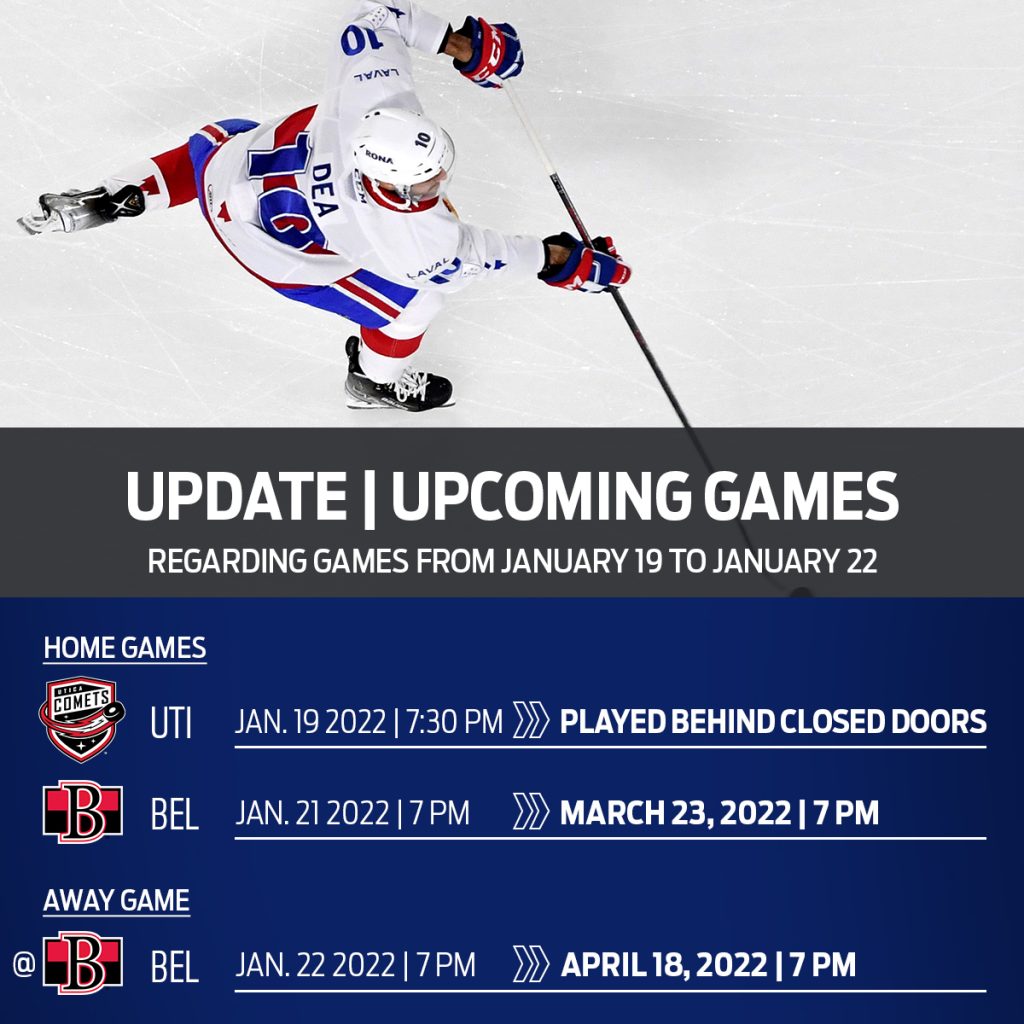 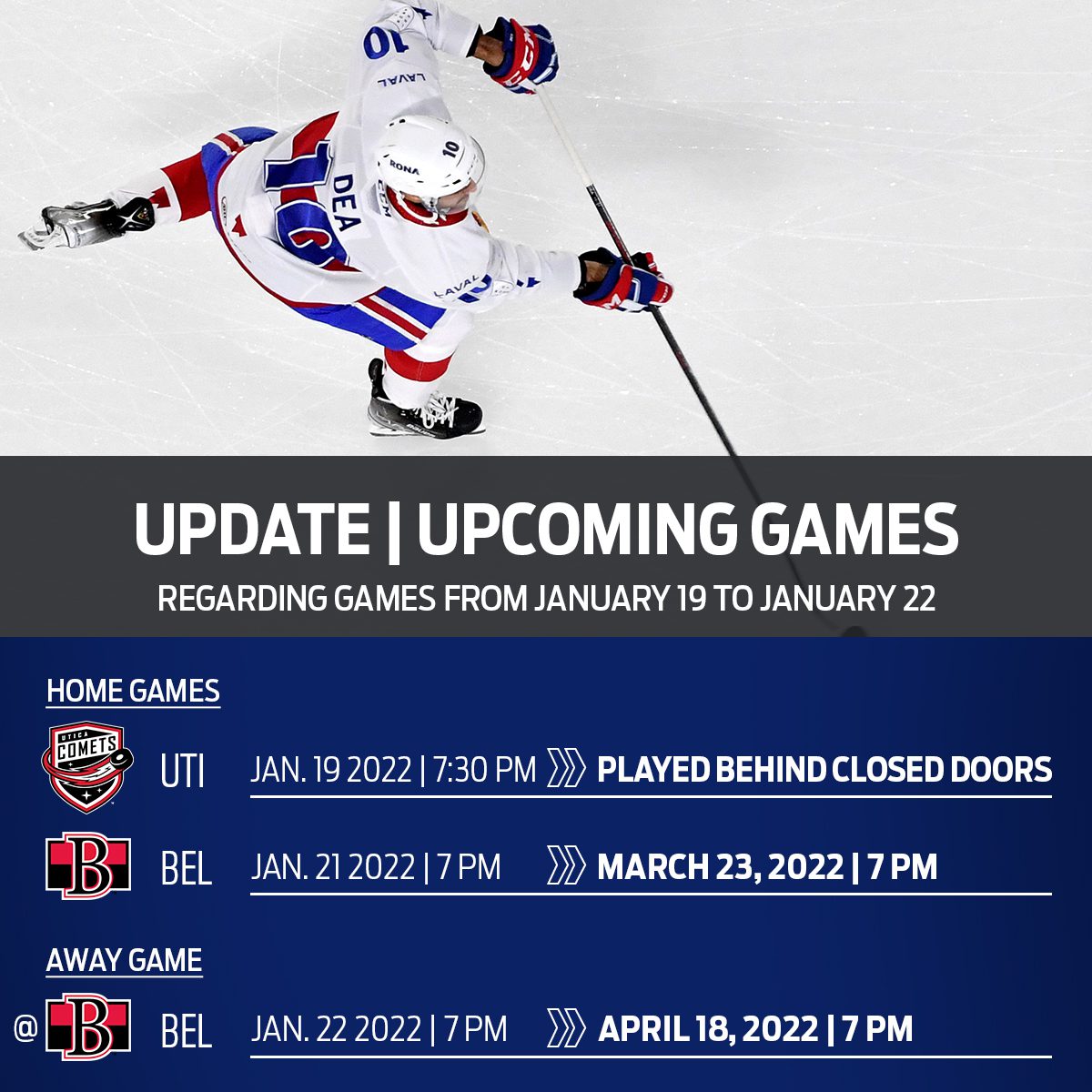