LAVAL (April 6, 2020) – The Laval Rocket is proud to announce that Jake Evans has been named the team’s recipient of the IOA/American Specialty AHL Man of the Year Award, and is therefore the club’s nominee for the Yanick Dupre Memorial Award, which honours a player’s outstanding contributions to their community during the 2019-20 season.

In his second season with the Rocket, Evans was a standout performer both on and off the ice. In addition to setting several career-highs and making his NHL debut with the Montreal Canadiens, Evans demonstrated a genuine willingness to be involved in the Laval community all year long.

While fully embodying the values of leadership, perseverance, camaraderie and empathy, Evans was associated with all of the Rocket’s community efforts this season. He was one of the team’s main ambassadors of its Shaved Head Challenge as part of the Hockey Fights Cancer theme game that raised over $16,560 to help Leucan in the fight against pediatric cancer. Evans also visited elementary schools in the area to promote reading and healthy lifestyles as part of the Fun to Read program with the Rocket.

Jake Evans’ story is a shining example of devotion, and he has proven to be a great ambassador on behalf of the Rocket organization. Chris Terry and Alex Belzile were the Rocket nominees for the 2017-18 and 2018-19 seasons respectively. Jake Evans is now one of 31 finalists for the AHL’s 2018-19 Yanick Dupre Memorial Award, honouring the overall IOA/American Specialty AHL Man of the Year. The League award is named after the former Hershey Bears forward and AHL All-Star, who died in 1997 following a 16-month battle with leukemia. The winner of the Yanick Dupre Memorial Award will be announced by the American Hockey League at a later date. 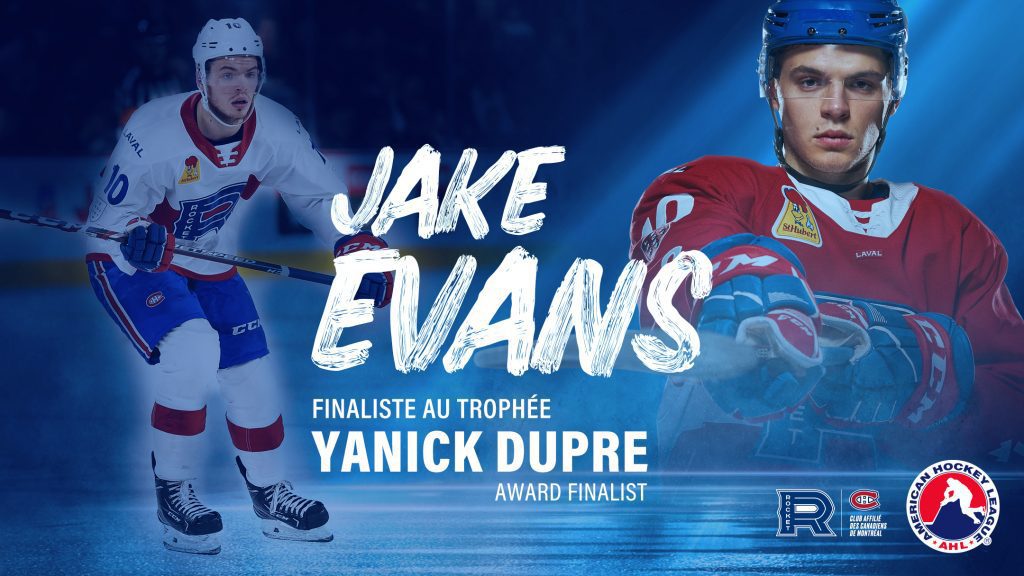 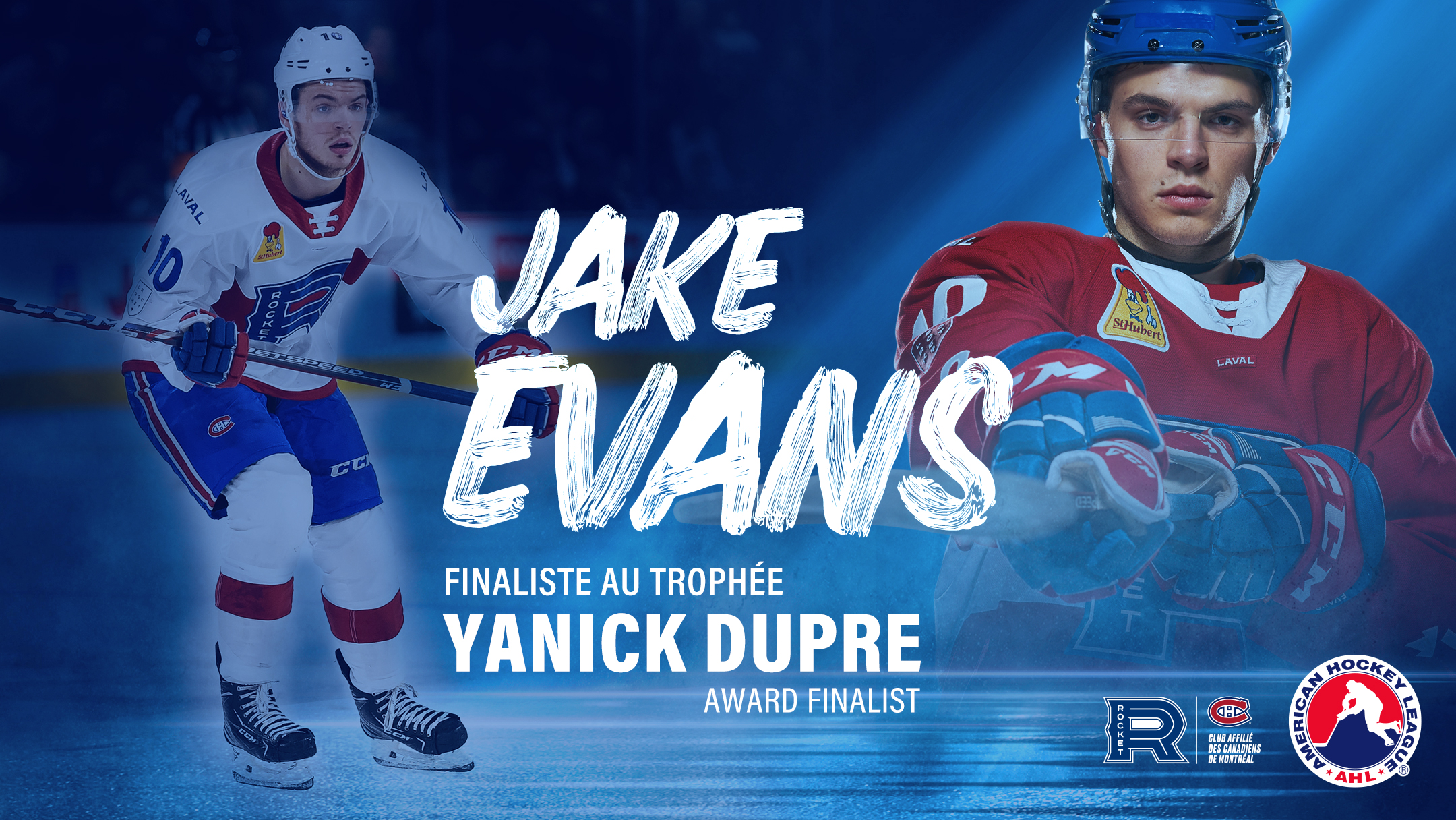