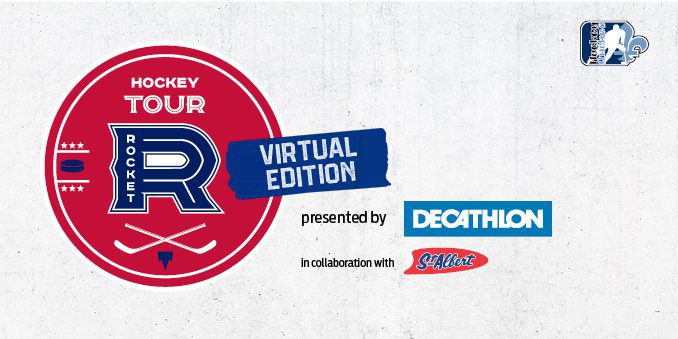 THE ROCKET HOCKEY TOUR IS BACK!

Presented by Decathlon and in collaboration with St-Albert Cheese Co-op, the Rocket is proud to present the fifth edition of the Rocket Hockey Tour. Hockey Quebec also joins as a collaborator of the program by offering the chance to coaches who participate in training to obtain development points (NCCP). This community initiative will take place 100% virtually for a second consecutive year and will allow minor hockey coaches from all over Quebec to sharpen their skills and enrich their knowledge by following the advice of our group of coaches composed of Jean-François Houle (head coach), Marco Marciano (goaltending coach), Kelly Buchberger and Martin Laperrière (assistant coaches).

The Rocket Hockey Tour will be rolled out in four ZOOM formations during which Rocket coaches will talk about their philosophy, their daily work, and other topics related to their role as coach of a professional team. They will also discuss specific topics such as the importance of leadership and communication, breakout breakdown, and more. Several exercises specific to each position will also be presented during these training sessions, which will be both instructive and interactive thanks to question-and-answer sessions. Official Laval Rocket host Olivier Duclos will act as moderator and participants will also have the opportunity to win prizes courtesy of Decathlon.

These trainings will begin on Tuesday, February 1st with head coach Jean-François Houle. “I am very excited to launch the Rocket Hockey Tour this year. As a coach, it is important for me and for my assistants to help future generations of coaches develop their skills in the hockey world. Contributing to the development of young players and coaches in Quebec is part of the Rocket’s mission. My assistants and I will pass on our knowledge, but above all our values during these training sessions. The world of hockey is constantly evolving, and it is important to adapt by seeking the necessary resources to improve,” said Jean-François Houle, Laval Rocket head coach.

This initiative aims to strengthen our ties with minor hockey associations across the province and to contribute to the development of young players and coaches in Quebec. It is important to mention that the main goal is to offer accessible training to all. In addition to promoting hockey learning, the Rocket Hockey Tour encourages participants to develop healthy lifestyle habits through their favorite sport.

February 15 : Marco Marciano – To be a goaltender, it’s more than stopping the first shot

March 1 : Kelly Buchberger – Breakout breakdown / Deconstruct the zone exit so that it applies from novice to junior (training to be given in English)

Register now for the first session of the Rocket Hockey Tour with the head coach Jean-François Houle!

You have until January 29, 11:59 AM to complete your registration.

*Registrations for second training will be opened on February 2. 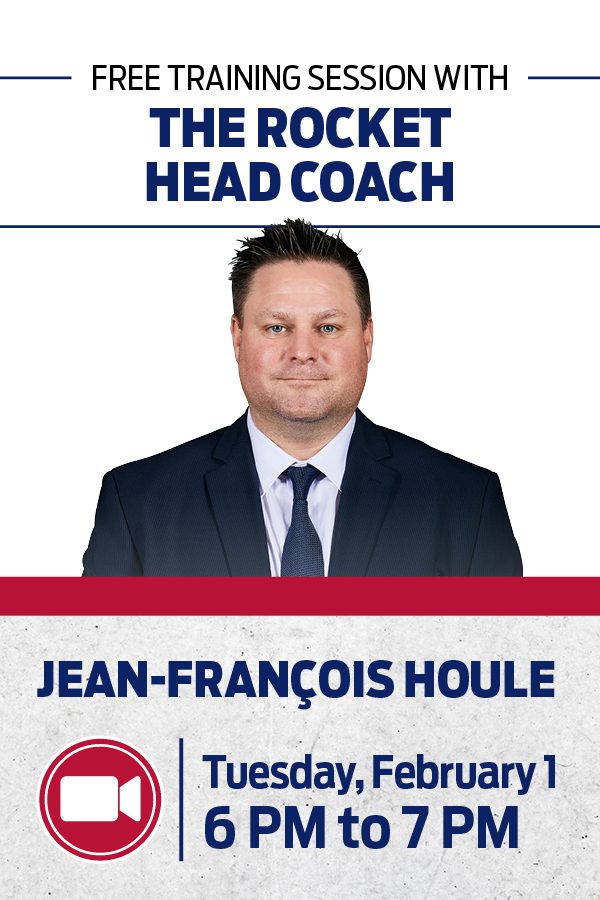