The Yannick Veilleux success story with the Rocket continues

If you look at the goals per game column with the Laval Rocket this season, nobody will be shocked to see that Cole Caufield is at the top after scoring three times in his two first outings with Laval. The name in second place might be more surprising to some as it is 28 year old forward Yannick Veilleux.

Veilleux just ended the longest streak of games with at least a goal of the Rocket this season by scoring in four games in a row. Only seven players can say they have done better this year in the AHL, including the second overall pick of the last NHL draft, Quinton Byfield.

This success certainly doesn’t surprize Rocket head coach, Joël Bouchard, who is giving him a lot of offensive responsibilities since his arrival in Laval. Bouchard also noted that the veteran is a nice example for young Rocket players when it comes to work ethic.

“First off, the individual is A++” started Joël Bouchard when asked about Yannick Veilleux. “Whether it’s me, Alex Burrows, Marco Marciano, everybody will tell you, he’s a professional. He’s dedicated. He’s pushing himself to be better at all times and I think that’s his biggest quality. He is now at an age where players will often say to themselves “I am who I am” but he gets out of his comfort zone. He puts in the effort; he doesn’t cut corners.”

His streak of games with a goal ended in the last game against the Marlies. He still got an assist to get to five straight games with at least a point. Once again, this is the longest streak for the Rocket this season tied with Ryan Poehling and Otto Leskinen.

“He continues to find new dimensions to his game by playing with skillful players” analysed Bouchard. “It’s not always easy while keeping your identity. That’s the challenge and that is very hard when you are a power forward while keeping your rough side. Often, when guys play with skilled players, they will want to change their game too much. I think he is able to bring a nice ratio.”

Bouchard also noted that Veilleux’s style fits nicely with the Rocket’s and it shows when we look at his play at 5 on 5. Among all the Rocket players who participated in at least three games this season, Yannick Veilleux is the best when it comes to Corsi% with 67,74%. In total, at 5 on 5, he was on the ice for 143 more Laval’s shot attempts than their opponents (273 for and 130 against).

It’s a considerable edge and it shows that when he is on the ice, Laval is playing twice as much in the offensive zone than the defensive one. It gives a profile of a player with whom you want to place your young offensive forwards and that’s exactly what Joël Bouchard has been doing this season.

“I think that’s what he did well with Ylönen and Weal, but also Caufield and Weal, and when he was playing on other lines” added Bouchard. “He needs to keeps his kind of an edge but also be able to complete plays. It’s nice to work and be at the net but at some point, the guy needs to be able to help the attack progress.”

We see the same phenomenon when we look at the scoring chances differential at 5 on 5. Yannick Veilleux is at +50 there this season and if we bring back his average per game, he comes in third among Laval forward behind only Cole Caufield and Laurent Dauphin.

Adding to all of those good performances, as said previously by the coach, Veilleux is showing a great attitude. It’s always capital for a veteran in a farm team, particularly considering his style of play, because of the example he can give to the young players of the organization.

“He’s a good father” recalled Rocket head coach. “He’s doing it the right way. It’s a nice influence on our young players here. Outside the rink, he’s the guy to whom it’s always nice to say good morning to. On the ice, his game has dimensions that keeps progressing.”

Nobody could have predicted this success when Veilleux arrived to help at the end of 2019 while the Rocket were ravaged by injuries. This success shows how hard the player is working and the same could be said for the development system that the Rocket has put in place in the last years. The goal of this team is to develop players for the big team and if he continues that way, it’s possible that Veilleux puts himself in consideration there.

“I know that in his head, he still has a plan to play a few games in the NHL” admitted Bouchard. “I respect that and I won’t say that he is crazy because there are worst hockey players who played games in the NHL, I can tell you that.” 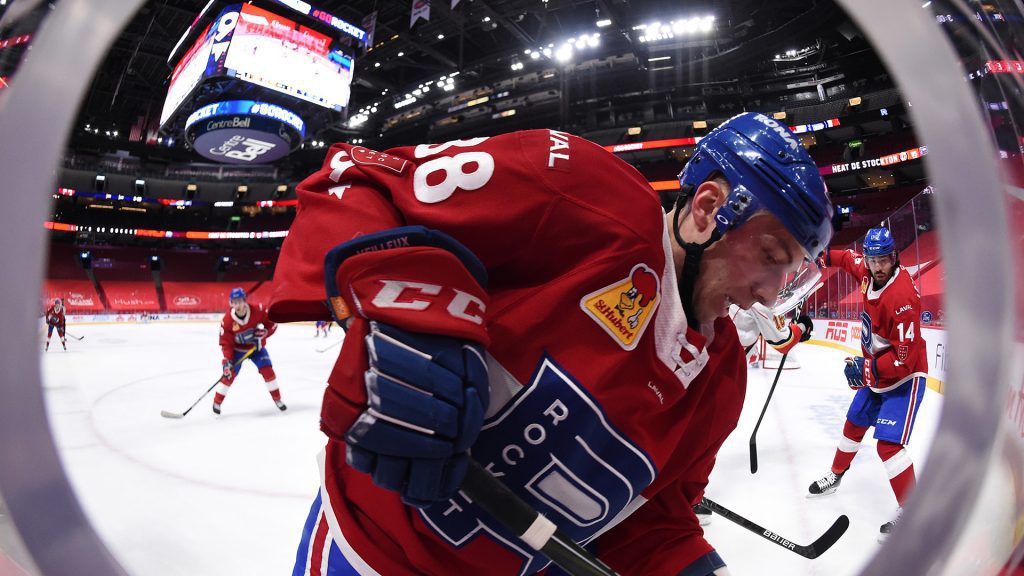 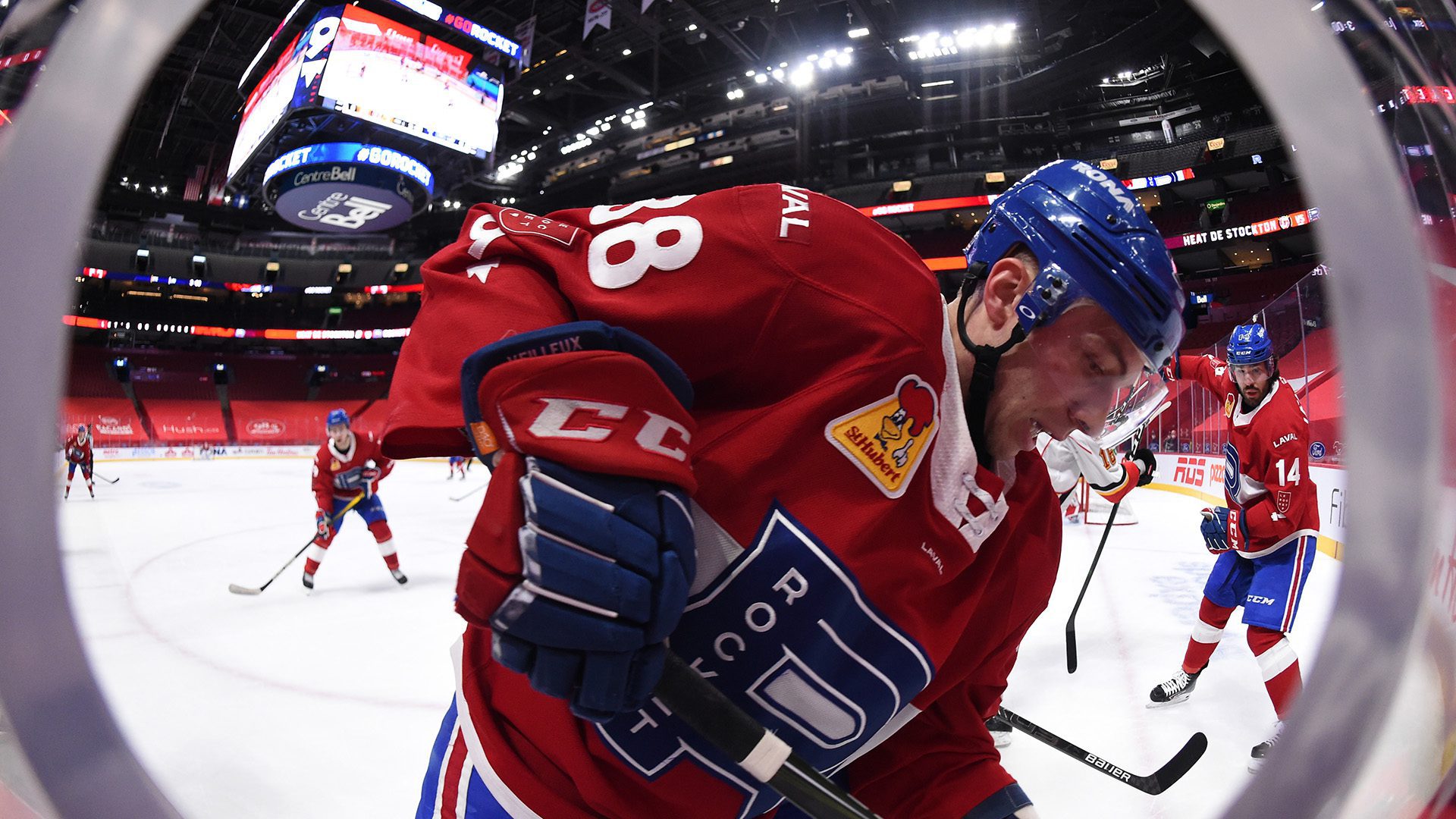