The Rocket had a lot of reasons to smile when they came back home after an eight-game road trip across Western Canada. There’s evidently nothing like being in the comfort of your own home but it’s even better when you haven’t registered a regulation loss in 10 straight games, with a 9-0-1 record.

The method by which those wins come to Laval is even more encouraging because it’s being powered by the young guns. We have proof when we see that coming back from this trip, the Rocket had three players in the top 13 of scoring leaders among rookies in the AHL this season (Joël Teasdale, Jesse Ylönen and Rafaël Harvey-Pinard).

Joël Teasdale is the top ranked among the trio, tied with Arthur Kaliyev in fourth place thanks to his 14 points. The 33rd pick of the 2019 NHL draft whose rights belong to the Kings needed three more games than Teasdale to get to 14 points. It’s also interesting to note that one of the three players in front of Teasdale is none other than Quinton Byfield, the second overall draft pick of the last NHL draft. This shows how elite this group is.

“Playing with him, you realize how good he is” admitted Teasdale’s linemate for most of the trip, Ryan Poehling. “He’s really good in tight and can handle the puck really well. I think his body positioning and winning battles is something that you can’t take for granted. Whenever he has 1 on 1 battles in front of the net, you know that he’s probably gonna end up winning so you can cheat a little bit to try get open to have him get you on a good pass.”

Furthermore, all signs point to the fact that this production is meant to last. When we look at primary points (goals and first assists) at even strength (the points that projects best in the future), Teasdale comes in 6th place in the AHL as of March 30th*. He registered six goals and six primary assists since the beginning of the season. This shows that he’s not lucky, he works hard for his offensive production.

The Rocket’s #14 really took flight on this road trip, but don’t worry, this offensive production won’t get to his head and alter his development.

“Yes it’s going well, but there are still points to improve on” explained Teasdale during the trip. “I want to be faster. I want to bring more scoring chances also. On defense, I would like to be more alert. These are all things that I can work on and that will come with the games that will follow.”

Teasdale might be a little too humble because it was going better than “well” for him on the road. After scoring a goal in the last game preceding the Rocket road trip to Western Canada, he registered 10 points in eight games on the road. He also recorded two shots on goal or more in seven of the eight road games.

His focus on his complete game was obvious in his performance at 5 on 5. His +17 scoring chances differential gave him third place among Rocket forwards during those eight games. In total, he was on the ice for 35 Rocket chances at 5 on 5 during that trip but only 18 from the opponent. It means that Laval almost doubled the chances of their opponent when Teasdale was on the ice during that stretch. For a player that wants to work on that aspect of the game, it’s a good start.

“The rarity is that he is a heavy guy in the sense that he’s heavy along the ramps, he’s a playoff guy” explained Joël Bouchard. “He knows his progression will be made possible by that. The rest will follow but it takes that presence, to play the right way, to be contagious, to bring sandpaper. He’s not only a guy who hits and runs everywhere but he has a physical presence and a good presence in the offensive zone.”

In the same press conference, Bouchard noted that it will take time for Teasdale to get ready for the NHL and he also said that the player was the first one who realised so. After 21 months away from the game because of an injury and then a global pandemic, that’s normal but the performance from #14 during this trip is a real reminder that this pathway does exist.

The good news for the Rocket is that this path will be travelled with the team and like we saw in their last games, his contribution holds a lot of value for Laval. It came at a perfect moment while his responsibilities grew and he certainly proved to the team that he can fill the net when it really matters.

*According to data from pick224.com 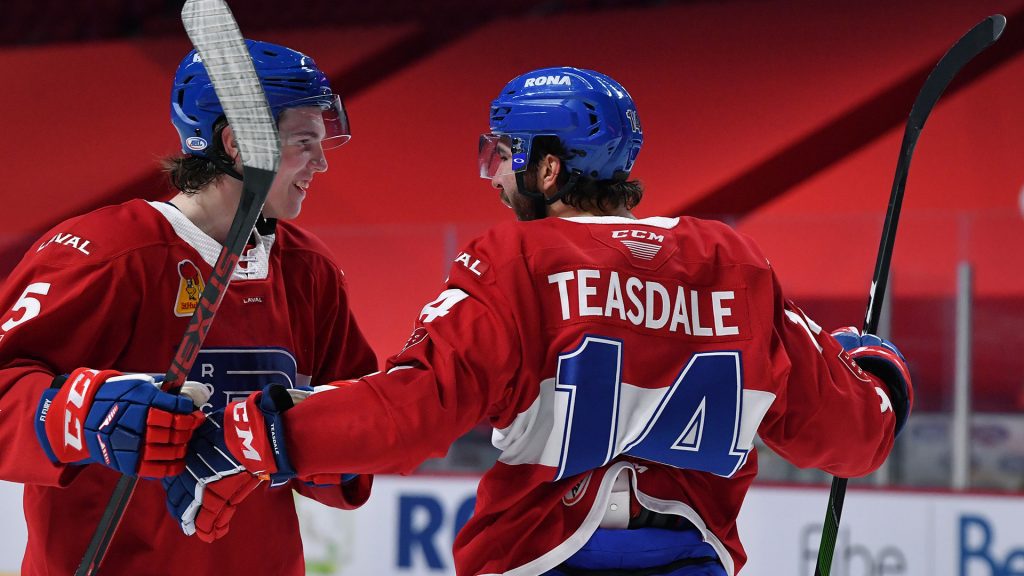 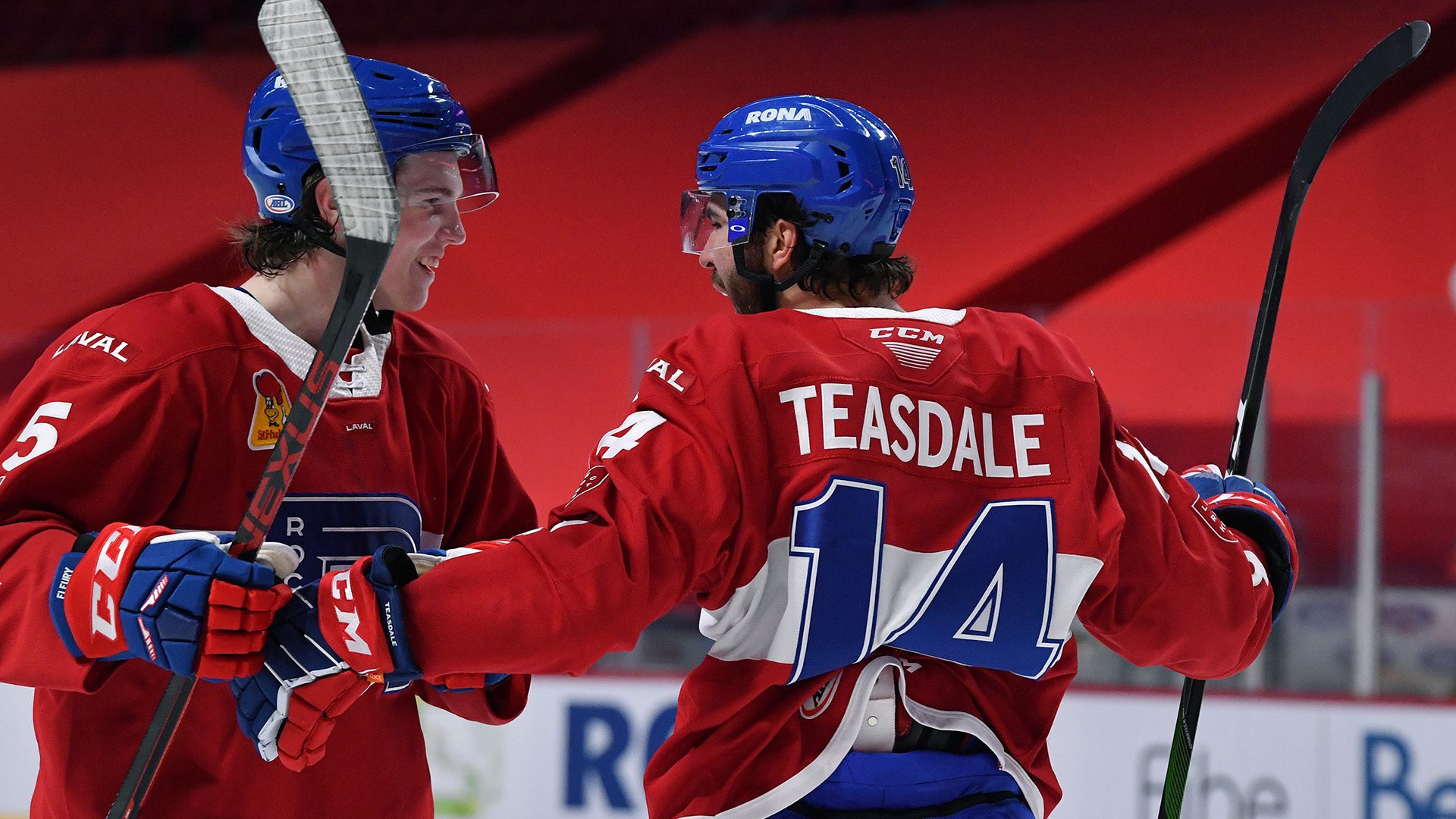