A successful season for the Rocket

From the jump, we knew that the 2021 season would not be like any other. Despite that, no one could have predicted that the Laval Rocket would rewrite its own record book while having at one point or another Cole Caufield, Brendan Gallagher and Carey Price in the lineup.

Cole Caufield’s passage with the team is one that will stay with Rocket fans forever. The young player who’s known for his goal scoring prowess even showed some of his skill on a spectacular play that led to a Xavier Ouellet goal in Toronto in his professional hockey debut.

Caufield ended his trip in Laval with three goals and one assist in two games. He notably scored two game-winning goals with Laval while also making a good impression on the head coach of the team.

“On his first shift we saw that he was comfortable” explained head coach Joël Bouchard after his first game. “He’s an elite player, we can’t forget that. We’re happy about the way it all unfolded him for him. I think his teammates were rally happy too. They helped him all game long.”

Cole was not the only young forward who impressed with the Rocket this season. In fact, it was almost the theme of the season with Jesse Ylönen, Ryan Poehling, Rafaël Harvey-Pinard, Joël Teasdale, Cameron Hillis and Jan Mysak all marking an impact in the lineup. The latter of the young guns could not have played with the Rocket in a normal season but he made the most of it by leaving his mark leading to him signing a contract and scoring his first spectacular goal at the Bell Centre.

When it comes to Ryan Poehling, anybody who saw him play this year could tell you that he took big steps forward in his development. He could not end the season on his own terms due to an injury but when he stopped, he was the teams leading scorer with 25 points in 28 games.

The best news in his case was not necessarily his point production though. His 200-foot game really went a notch above like his coach noted and his excellent Corsi percentage of 61.86% proved.

“He got some confidence, some assurance and some experience” analyzed Laval Rocket head coach Joël Bouchard during the season. “When he is on the ice, I feel like he’s more engaged over 200 feet. He’s less reactionary and that’s normal for a young player to have that kind of adaptation. He’s more involved in the play.”

Another young forward whose 5on5 play was impressive is Rafaël Harvey-Pinard. He was the second-best Rocket forward in that situation when it came to scoring chances differential. He ended up at +86 in that column, only trailing Jordan Weal. He also had a big lead in third place which was occupied by Yannick Veilleux, who ended the year with a real solid +64.

It’s also important to note the good from veterans like Weal and Veilleux. The Rocket had the chance to count on some great experienced players up front to play with the kids. There was Veilleux and Weal but we can also mention Joseph Blandisi, who played a good chunk of the season with Joël Teasdale and Ryan Poehling. There is also Alex Belzile and Laurent Dauphin. #27 did particularly well at the end of the year when the roster was thinner. Before the last game of the season, he registered 12 points in 9 outings.

On defense, the revelation was without a shadow of a doubt Corey Schueneman. The defenseman was not the most recognizable name at training camp but Joël Bouchard sang his praise and when the games began, it became clear early that the hype was real. Schueneman led all Rocket players this season with a scoring chance differential of +117 at 5on5. His good play even led to the first NHL contract of his career.

In total, 41 players wore the Rocket uniform over the 36 games of the regular season. That’s a frequent occurrence in the AHL and that’s why despite all of those changes, Joël Bouchard was able to coach a team that deserved the Frank S. Mathers trophy awarded to the winner of the Canadian division.

That success, and their play, notably helped Cayden Primeau and Michael McNiven to establish a new team record for the longest winning streak. The team also had a new record recently when they were able to get 60 shots in a game against the Toronto Marlies. Those are just two examples of the great success the 2020-21 Rocket had as a team.

Now that this season is over, the objective for 2021-22 is clear; continue the development of all this young talent and to start celebrating that success with the fans at the Place Bell. 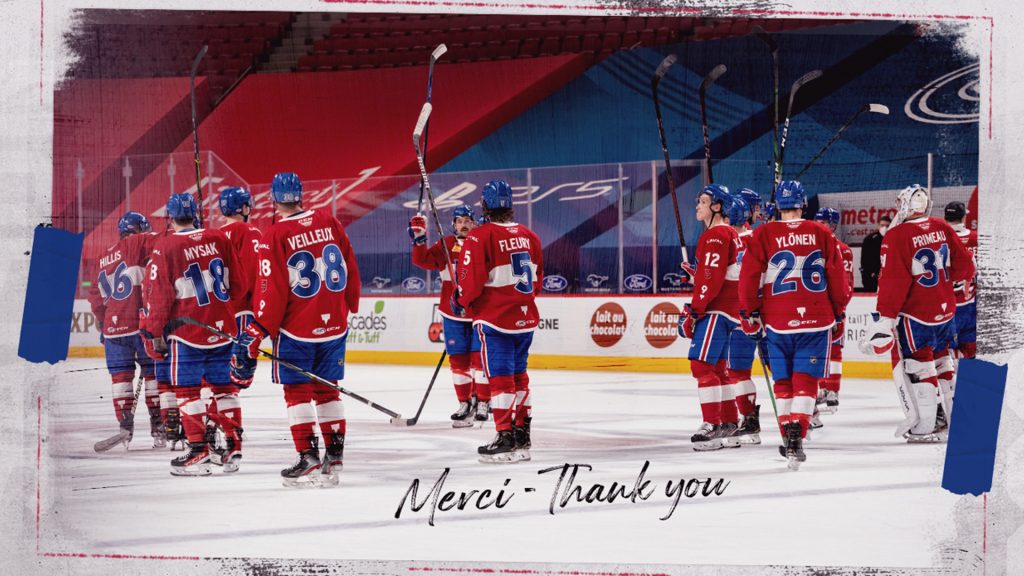 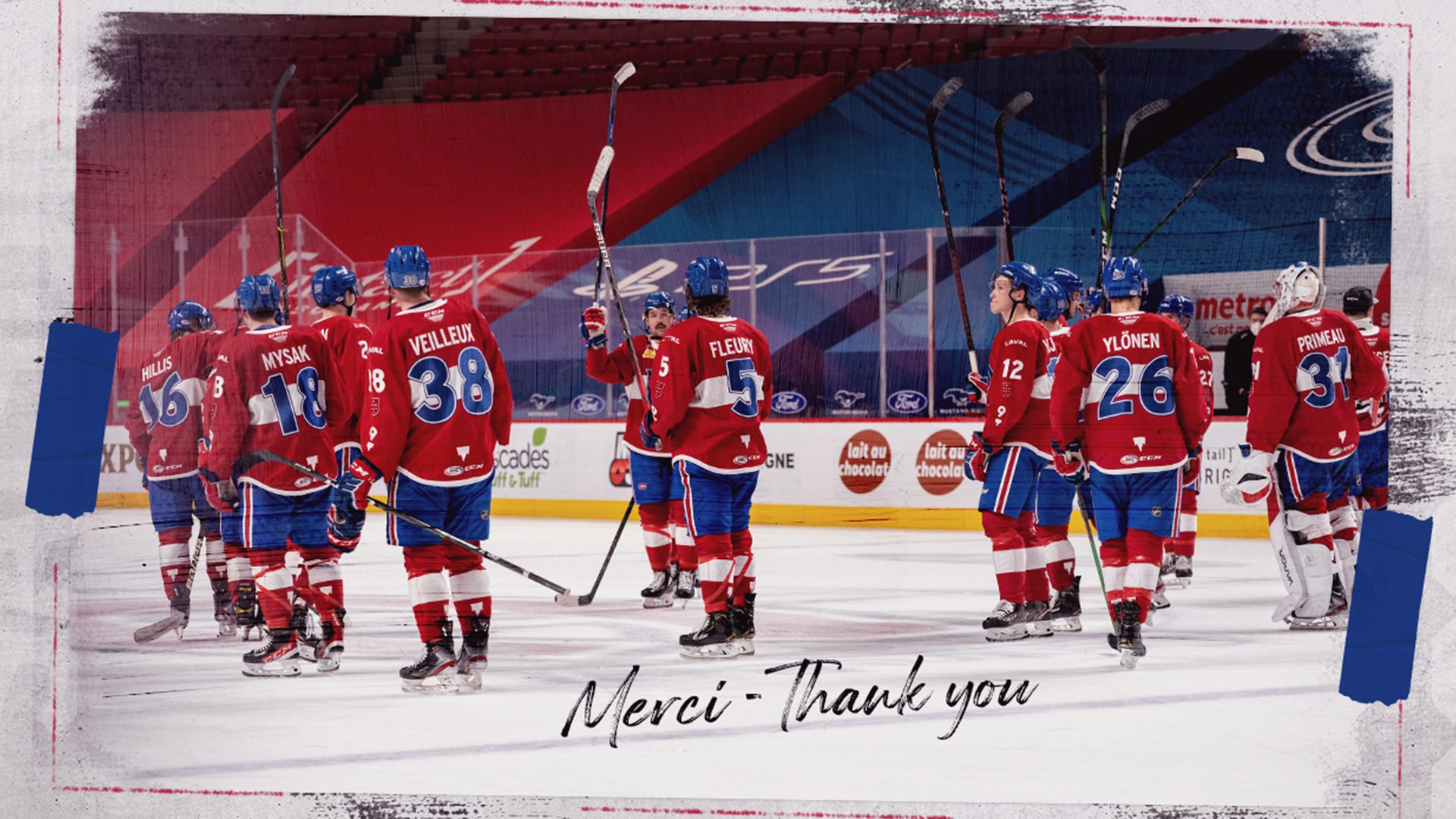