The Rocket’s net has been very crowded this season with four different goalers sharing ice time. Cayden Primeau receives most of the public’s attention and is the natural fan favourite.

But it would be a shame to let these circumstances lessen the attention that should be awarded to Michael McNiven’s success. The 23 years old goaltender, never drafted in the NHL, is a key contributor to the Rocket since his arrival in the organization in 2017. His evolution since his arrival makes Joël Bouchard very proud.

“It’s one of the nicer transformations that I saw from an athlete in three years” noted Laval Rocket head coach. “He has taken massive steps in the right direction. I have so much respect for Michael. I’m making sure to repeat to him how proud we are of him. He’s now a phenomenal athlete.”

With a total of six games in the last two seasons, McNiven is certainly not the busiest goaltender in Laval. But, when it is his turn, he is always ready to fulfill his duties.

“I’ve been doing a lot of work by myself” explained Michael McNiven. “Whether it’s in the gym or off the ice with a tennis ball machine or whatever it is. I’m just doing a lot of work to stay focus as much as possible so I’m ready when I get my opportunities.”

It is hard to ask more from him when he is in the middle of the longest winning streak in the history of the Laval Rocket. His last loss dates back to April 10th, 2019 against the Bridgeport Sound Tigers. That game took place before some of his teammates (Jan Mysak, Arsen Khisamutdinov and Rafaël Harvey-Pinard) got drafted by the Montreal Canadiens.

Since that loss, he has seven consecutive regular season wins, which constitutes a team record. McNiven was sharing that record with Primeau but a shootout victory against the Marlies on March 14th allowed him to pass his teammate. He celebrated that new record in style.

It is safe to assume the team’s victory was the motivation of his grand celebration rather than for the achievement of his new personal record. It is a great example of his contagious positive attitude. This win came more than a month after his last start. It demonstrates McNiven’s strong level of resiliency which has been noticed by many people in the organization.

“His attitude is extraordinary” exclaimed Bouchard. “His performances are good. He’s a guy that works hard during practices. He is really good with Cayden. Both goalies push each other. They have a bit of a different style but they challenge each other really well during training.”

Despite the absence from their goaltender coach, Marco Marciano, who went to help the Canadiens temporarily, the two Laval Rocket goalers are playing very good hockey. While Michael McNiven is rocking a seven-game winning streak, Cayden Primeau had his third win in a row against Stockton on Sunday afternoon (March 21st).

It is a nice proof of the quality of the support around those young goalies, but also of their resiliency and their capacity to work together. In a season like this one, the resiliency they are demonstrating is key to team success. Michael McNiven and the Rocket have proven that they are always ready to make the most of any opportunity. 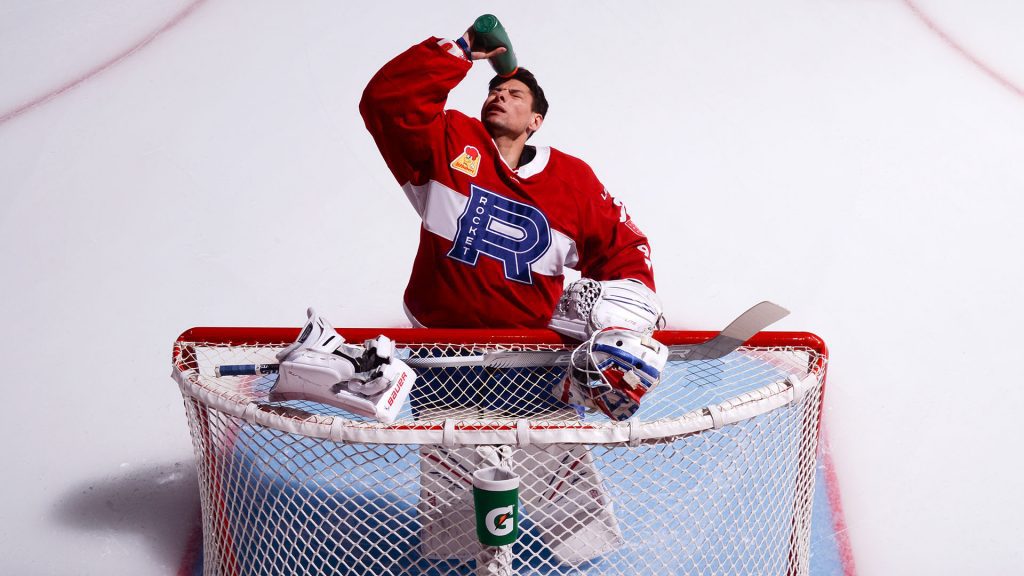 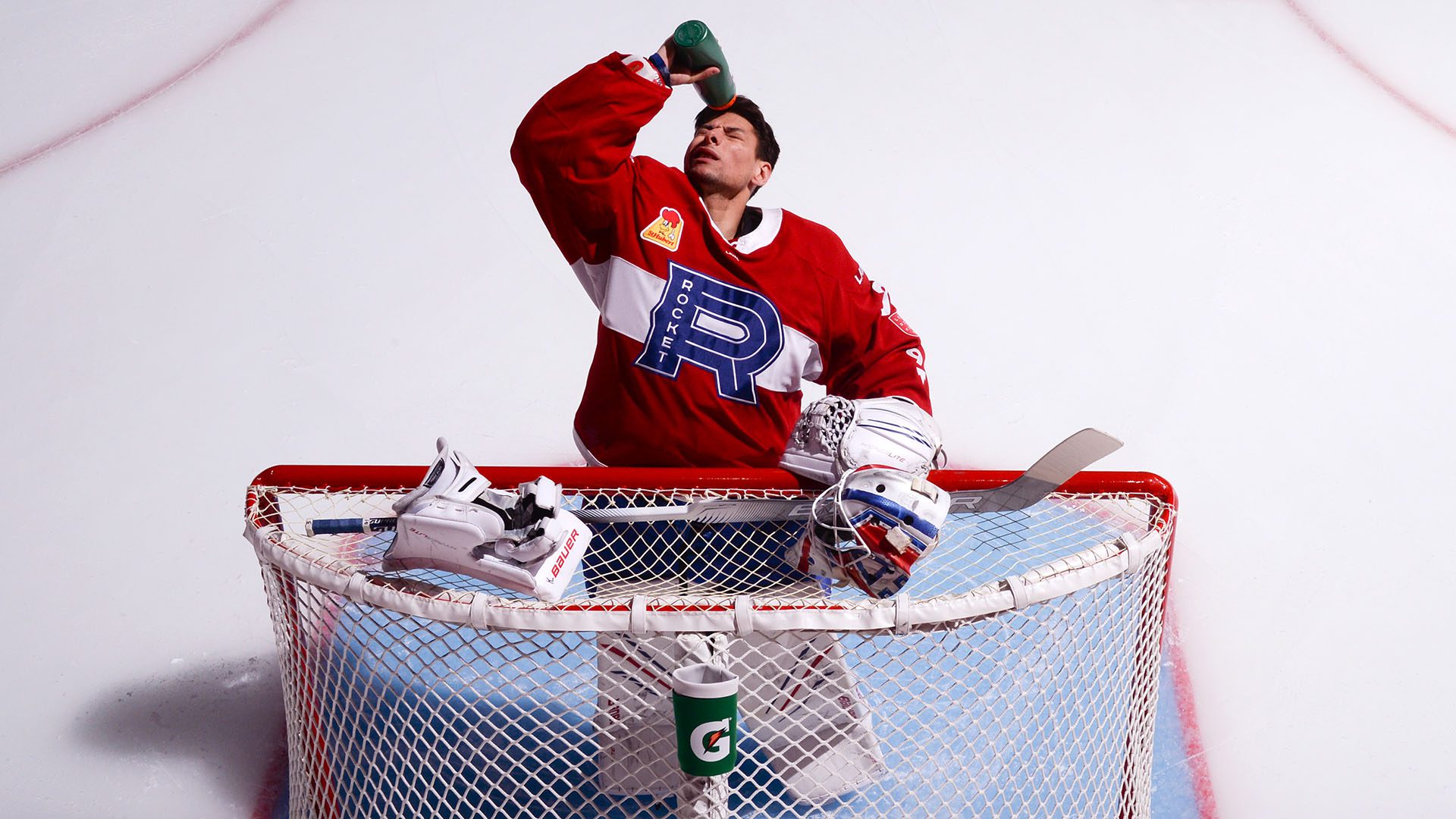